The Magus by Alex Sumner

Available from Amazon in Paperback or Kindle.

A Greater Power is now on Amazon as well

My new short story, A Greater Power (The Demon Detective, and other stories)

, is now available for Kindle on Amazon. Please follow the link for more details! 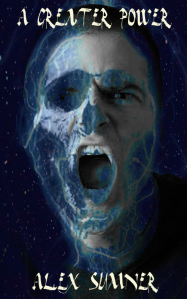 “A Greater Power” is the follow-up to “The Demon Detective” and features the continuing adventures of modern-day sorcerer, Guy Shepardson.

A man is murdered in the dead of night in rural Oxfordshire – a note in his pocket links him to suave modern-day sorcerer GUY SHEPARDSON. Guy soon finds himself menaced by sinister thugs and aided by the dead man’s beautiful daughter as he attempts to confront the killers…

Available now from SmashWords in all popular Ebook formats. It will shortly be available from Amazon as well, details to follow.

The Demon Detective – now available via Amazon as well

For those who prefer to do all their shopping via Amazon, my new short story “The Demon Detective

” is now available there as well – exclusively for Kindle.

You now have the opportunity to read “The Demon Detective” – the first new material I have released since “The Magus Trilogy.” This is a Dark Fantasy short story set in and around contemporary London, and is a tale of murder and demonolatry, featuring new character Guy Shepardson.

This is only available as an ebook. It can be downloaded from SmashWords for only $0.99 in all popular formats.

For more information and to purchase a copy please go here.

Getting Away With Murder

You now have the power to kill someone in the UK and be found Not Guilty of either their murder. This is the apparent verdict of Leeds Crown Court, which has acquitted a teenager of the attempted murder of her own mother.

Unfortunately though, the teenager in question was convicted of section 20 of the Offences Against the Person Act (“malicious wounding”), which means that if death had occurred she would still have been guilty of manslaughter. NB: life imprisonment is the maximum sentence for manslaughter, though unlike murder it is not mandatory. As it was, she was given a suspended sentence.

The teenager and her family came from Zimbabwe where belief in the the occult is widespread. Interestingly in order to convict her of malicious wounding, the Jury implicitly accepted evidence that she was not insane at the time of the offence. In sentencing, the Judge said.

“[She] believes she was doing what the spirits told her to do which reduced her culpability significantly.

Now this is an innovation in the law which appears to have crept in since I was at University! You will probably have heard of the old adage: “Ignorance of the law is no defence.” So what we have got here is the following situation:

What, therefore, is the correct verdict? If one assumes that the accused did actually want to cause her mother’s death – albeit at the behest of these spirits – it should be Guilty of Attempted Murder. What the jury seems to have done is  assume that belief in disincarnate spirits, which does not amount to insanity, is somehow a mitigating factor – that it makes the accused Reckless as opposed to Intentionally violent.

This would be like me being acquitted of Theft because Valefar put me up to it. Actually this could be a good wheeze, the more I think about it. Theft is a crime of strict Intent. There is no such thing as Reckless Theft, so if a jury found that I did not have sufficient mens rea for the full offence, there would be no lesser offence for me of which to be convicted. Hence I would walk completely free! Sorted. 😉

Licence To Depart – the new novel by Alex Sumner You are now able to read my brand new novel, Licence To Depart

, on Amazon Kindle. The print-edition will be available through Amazon shortly, although it’s available on Lulu now.

“Licence To Depart” is the final instalment of “The Magus Trilogy,” which was begun by The Magus

in 2009 and continued by Opus Secunda

in 2010. It is a supernatural tale of murder, black magick, and international conspiracy set in contemporary England (and elsewhere), and is suitable for adult readers *. As with previous books it is crammed with detail drawn from the author’s real-life occult experiences.

Nichola Peterson, ex-policewoman is at the lowest point of her fortunes: her career in ruins, forcibly separated from the man she loves, and powerless to stop a criminal mastermind from wreaking havoc. Then the mysterious Magus appears, offering her one last chance of redemption. Suddenly – a shot rings out…

Note that it is not necessary to have a Kindle device to read Kindle e-books! Follow this link for more details.

* OK, ok, I lied when I said my next novel would not contain any sex. If you hadn’t guessed by now, it was an April Fool’s Joke. 🙂

This is the second book in the “Magus Trilogy” and features the continuing adventures of Nichola Peterson, now promoted to Detective Inspector in Scotland Yard’s Homicide Specialist Crimes Directorate – aka “The Murder Squad.” In an adult-themed story, whilst investigating the murder of a top scientist, DI Peterson becomes increasingly involved in Alchemy – in all its forms.

My new book, Opus Secunda is published today! It is the second book in the “Magus” trilogy.

Nichola Peterson has been promoted to Detective Inspector and, with her new young partner in tow,is assigned to investigate a new murder case: that of a scientist who worked for a top pharmaceutical company. But as she probes deeper, she encounters hostility and intrigue. Her investigation – and her love-life – become increasingly chaotic. And to cap it all: the mysterious Magus re-appears and reveals he was working with the murder-victim on a top-secret project…

This is the second book in the “Magus” trilogy. Suitable for adult readers.

Both the print and the ebook edition are available from Lulu.com.

The book should be available on Amazon in 6 to 8 weeks (I shall make a further announcement when it is).

The Magus – Available In The UK

Oh Frabjous Day! Calloo, Callay! My latest spell to get lulu.com to buck their ideas up has obviously worked as my debut novel, The Magus, is now available in the United Kingdom from Amazon.co.uk. 🙂 🙂 🙂

Filed under Books, The Magus