My publications, either in print or ebook format.

You are now able to get all three of my first three novels, in one hardback omnibus edition: The Magus Trilogy.

Collectively these tell the story of the mysterious Magus who works to solve occult crimes: and of a young homicide detective whose life is changed forever when she enters the shadowy world which he inhabits.

Originally published from 2009 to 2011 in three separate paperback novels (here, here, and here), these are now gathered into one hardback volume – perfect to get as Christmas present for someone you love! For more details, please like this post and subscribe to this blog to remain updated about availability details.

The Magus Trilogy: Omnibus Edition, by Alex Sumner. ISBN 979-8482911082. Available from Amazon in these countries:

The Light Extended: A Journal of the Golden Dawn (Volume 3)

The Light Extended: a Journal of the Golden Dawn (Volume 3)

You are now able to get hold of the new edition of “The Light Extended: A Journal of the Golden Dawn (Volume 3).” This features my own article, “Self Isolation in the Golden Dawn Tradition,” as well as other contributions from Tony Fuller, Adam P Forrest, Samuel Scarborough, and more.

This is currently available in paperback from Amazon in the USA, but is also available in the UK as well on import. To get your copy, click one of the links below now!

“Self-Isolation in the Golden Dawn Tradition”

Coming soon: the third volume of “The Light Extended, a Golden Dawn Journal” will soon be published and features an article by myself entitled Self-Isolation in the Golden Dawn Tradition. It is essentially a memoir about how to run a working GD temple during a time of global pandemic.

The same volume also contains contributions from Tony Fuller, Samuel Scarborough, Jayne Gibson, Adam Forrest, Frater Yechidah, and others. It is published by Kerubim Press: more details as I get them.

How can somebody summon a succubus? – Quora

A Succubus. Note that in real-life, Succubi tend to appear without horns, wings, tails, and indeed clothes!

The Magus, by Alex Sumner

Source: Alex Sumner’s answer to How can somebody summon a succubus? – Quora

Finally, the Government has listened to me! In a move for which I have been calling for years, VAT on ebooks will be abolished in the UK – in today’s Budget. For some time now print editions were VAT exempt, but electronic versions were not, hence driving up the cost of ebooks, and punishing authors who rely on the sale of Kindle editions of their books – like me, for example!

Unfortunately, it will not take effect for another nine long months! Come on, do it now, people need something to read whilst they’re laid up in bed, self-isolating themselves!

The Light Extended: A Journal of the Golden Dawn, Volume 1… featuring Alex Sumner!

You now have the ability to celebrate the Summer Solstice with an anthology of Golden Dawn articles… including one written by yours truly! “The Light Extended” is a new Golden Dawn journal put together by “Frater Yechidah,” who asked me to contribute an article to it. From the blurb on Amazon:

Taking its name from the rituals of the Order of the Golden Dawn, this journal aims to extend the light through information, offering a combination of unpublished original order documents and new material from prominent voices in the esoteric world today. With a unique mix of scholarly articles and practical advice, this book provides an essential resource for those interested in the Golden Dawn system of magic.

Topics include the Qlippoth, Lesser Ritual of the Pentagram, the Lord of the Universe, a Stella Matutina Ritual for Influencing a Person for Good, the Body of Light, the 42 Assessors, Hekas Hekas Este Bebeloi, Skrying, Thelema’s relationship with the Golden Dawn, the Assumption of Godforms, a Fire Tablet Ritual, and the Enochian letters.

This book is officially published on June 21st 2019, but is available for pre-order now. Click Here to go to the Amazon page!

Tagged as Golden Dawn, hermetic order of the golden dawn

News today that Catholic priests in Poland have been burning books which they associate with magick and witchcraft – starting, inevitably, with Harry Potter.

A Catholic group burns books and artefacts it judges to be symbols of evil sorcery.

Now the fact that burning books is a symptom of a totalitarian, intolerant, etc society has been said before, and sure enough, as soon as the story first broke, the chattering classes said as much on this group’s Facebook page.

However… I say this: what book is an occultist’s prime resource for Gematria?

From what book do you derive the names of countless angels for use in ceremonial magick, such as those of the Shem Ha Mephoresh?

What book must you inevitably possess if you want to make use of the magical powers of the Psalms?

Yes indeed! If these Catholic priests want to burn any books associated with magick and witchcraft, by rights the first book they should be setting on fire is the Bible itself!

Now I appreciate that some may find this idea a little controversial, so I propose a compromise:

I hereby give these priests permission to burn the occult fiction novels of Alex Sumner – so long as they pay for them first.

Seriously – all of my novels contain graphic descriptions of actual magick in between all of the scenes of people either being murdered or having sex (a lot of the sex scenes are themselves examples of magicKal rituals).

Furthermore, the print editions are all made of good quality paper which I am assured combusts easily, perhaps with a little dash of lighter-fuel (NB: please don’t try this in a confined space, for health and safety reasons).

Finally, Amazon do deliver to Poland. I suggest buying in bulk to make use of economies of scale – when you buy five or more at once, the total shipping averages at less than a pound per book, although obviously for a decent sized conflagration on a cold night, obviously you would need a lot more.

Hey! Why not get one for each of your parishioners? They could be made to feel a part of the event by each having their own copy of one of my novels to add to the blaze – have them symbolically throw on their book each one in turn. You could give them out with the Holy Communion at Mass, make it easy to distribute.

I suggest you start off with Eternal Witch, not just because it is my latest one, but also because it features of a real-life Scottish woman being burned at the stake in the late sixteenth century.

So happy incinerating, and make sure you only buy original purposes and not pay for pirated copies, as you don’t want to be breaking the eighth commandment now, do you?

And following straight on from my last post, I’m pleased to announce that my other two novels, Taromancer and A Fairy Story By Any Other Name, are now on Google Play as well.

Filed under A Fairy Story By Any Other Name, Books, Taromancer

The Novels of Alex Sumner: now on Google Play

Android users rejoice! You now have the opportunity to purchase my novels as ebooks from Google Play! This is in addition to Amazon Kindle, and iTunes. If you have an Android-enabled smartphone or tablet and want to both terrified and yet strangely aroused by some visionary & metaphysical fiction, follow these links: 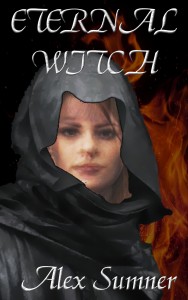 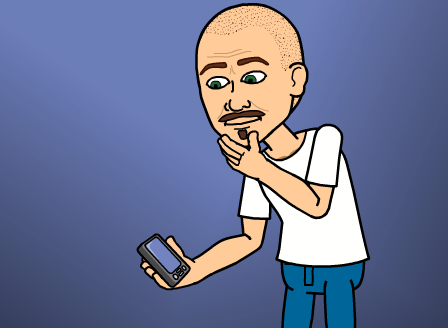 Alex Sumner, novelist and writer on the Occult and now Football manager as well!

Alex Sumner is a novelist and writer on the Occult. He published his first novel, The Magus in 2009. His latest novel, Eternal Witch, was published earlier this year.

When asked on his qualifications, Alex said:

“Well, someone said they were desperate to bring a load of red devils under control, so I immediately said, ‘Aha! I’m your man!’

“I don’t intend to use traditional coaching techniques to win matches. Instead, I’ll be evoking my old friend Andromalius to reclaim all the success that has been stolen from United; Orobas to win honours for the team; and Paimon to bind the referees from making unfavourable decisions.

“I admit I haven’t got a clue about football management at Premiership level, or indeed at any level. But on the plus side that at least gives me more chance than the last two cretins they had in the job.”

Look there’s a demon right there! If that’s not a Goetic symbol, nothing is! 😉