Pacts With Spirits – and How Not To Make Them

This is a Spiritual successor (!) to a blog post I wrote almost two years ago (Review: Angels of Wrath by Gordon Winterfield), in which I would like to focus specifically on the subject of making Pacts with Spirits, and how to avoid the problems associated in the popular mind therewith. In so doing I hope that I can demonstrate that Ceremonial Magick when performed responsibly can be a rewarding and uplifting experience, whilst avoiding all types of unpleasantness.

Within the past day or so, there has been news that the murderer of two young women in London was in fact a Satanist supposedly carrying out a pact he had made with a demon, based upon information he had found on the internet. NB: I too spotted the irony of the BBC just so happening to come up with a story about a Satanic killer on Friday the 13th … but I digress. The information in question emanated from an American occultist who up to now had been notorious in the occult community for the egregious manner in which he hawked the magical services he had to offer. On the one hand, the teaching he puts out is based upon well-known grimoires dating back over a hundred years, but on the other, these same grimoires pander to a salacious and lurid interpretation of magick which reinforces popular prejudices against the subject – and which ought to be discredited nowadays in the light of modern scholarship.

In short: the pact that this killer downloaded off the internet is the wrong way to go about making a Pact with a Spirit. Later in this post, I will give you an example of how to create a Real Pact – but suffice to say, if any occult teaching tells you that you need to sell your soul, or harm any person or harm yourself, or commit any act which goes against the law of the land, or against your own conscience – you can confidently reject it as bogus.

Instead, I would invite you to consider the following – this is excerpted from The Book of Treasure Spirits, a grimoire dating from 1649. In relation to an evocation of the spirit Agares, who in some places is also referred to as a demon or fallen angel – the grimoire prescribes first conjuring Agares to visible appearance by the Holy names of God, including Jesus Christ, which done, the Magician compels the Spirit to “sign” the following:

I Agares, the first Captain under the King of the East, not Compelled by Command or Dread, but willingly and on my own accord, do Especially bind my Self by these Presents firmly, to Obey at all times & in Every place [INSERT NAME OF MAGICIAN HERE] to Do his Command In all things, appertaining to my Duty, & Especially by these words, the most powerful In this Magick Art, Lay, Alyzm, Mura, Syron, Walgava, Ryshin, Layganum, Layarazin, Lasai: And by that Virtue wherewith the Sun & moon were Darkened, before that terrible Day of the Lord (as in the Gospel) and shall be turned into Blood, And by the head of my Prince, & by his Circles & Characters: and Chiefly by this Seal firmly binding, In Witness of which Guilty Person, I have Signed this Obligation, with mine one Seal the Commanding one, to which I Always Stick Close.

This is the Pact with the Spirit Agares. Note how the wording of this Pact does not mention anything about selling one’s soul, or doing anything evil, or even getting the magician to make any kind of offering or sacrifice. This Pact is simply an agreement in written form that Spirit acknowledges the authority of the magician, that the magician has validly called it forth, and that it agrees to carry out the magician’s requests. That Agares would consent to this depends purely on the magician having evoked it in the proper manner in the first place, and nothing else.

By taking this as a template one can see that it ought to be possible to take the concept of making this sort of Pact and integrate it into the practice of responsible Ceremonial Magick. One could even turn this into a ritual like this:

Example: A Pact with Bethor to gain Wealth and Riches

Firstly: in advance of your ceremony, write out two copies of the following. One is for you to read from and so can just be printed on regular paper, but the other you should go to town on by compositing in Calligraphy script on fancy vellum which you can get from an Art supply shop. 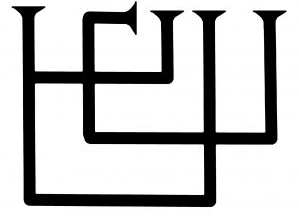 The Seal of Bethor, Olympic Spirit of Jupiter

I, Bethor, Olympic Spirit of Jupiter, of my own free will and accord, swear as follows:

I recognise the authority of the divine and angelic names of the sphere of Tzedeq: EL, Tzadqiel, Iophiel and Hismael; as well as the Holy Guardian Angel of Frater Utpay Ouryay Amenay Erehay; and that the said Frater has validly and properly evoked and exorcised me;

I promise to fulfil the said Frater’s commands in general insofar as they relate to the sphere of Tzedeq, including the increase of his wealth, good fortune, and power and influence, and knowledge of all things astrologically and qabalistically associated with the planet Jupiter;

I shall always speak truthfully to the said Frater;

I shall always keep safe the said Frater, his loved ones, and the place in which he resides;

When manifesting to visible appearance I shall always appear in a fair shape before him;

I shall only depart when licenced to do so, which I shall do promptly and quickly;

I shall send the said Frater a familiar spirit who shall act as trusty and reliable Spirit-guide in all matters Jovial;

And finally, in the future I agree to appear to the said Frater without the need for a full ceremony, but instead when he chants my name four times.

In witness whereof I cause my Spirit-Signature to appear magically upon this Pact document.

Secondly: perform a ceremony of Evocation of the spirit Bethor along traditional lines, but placing the fancy copy of the pact within the Triangle of Art. When you are satisfied that Bethor has manifested, conjure the spirit with the appropriate divine and angelic names, and tell him you want him to agree to the pact you have prepared: whereupon you read out what you have written. When you “see” Bethor’s spirit-signature appear on the fancy version of the Pact which you have placed in the Triangle, you may take this as an indication that Bethor has agreed and that your ceremony has been successful – in which case you may then address Bethor on any specific Jupiter-request that you have on your mind at that moment. After which you may conclude the ceremony in the appropriate manner.

Afterwards, take the fancy version of the Pact document and put it carefully away for safe-keeping – this is now a magical object, and should be treated with the utmost of respect. Do not damage it in any way, because that would be an insult to the spirit. Ideally a specially prepared document holder should be prepared, so you can preserve it safely.

In this manner you have created a Pact with a Spirit – in this case Bethor – without any of the nastiness associated with the vile practices that the deluded Satanist got himself involved in, and instead maintained the integrity of a real ceremonial magician throughout. It ought to be obvious that by changing the names and associations in this Pact as appropriate, one could use the same approach for any spirit that you might care to work with.