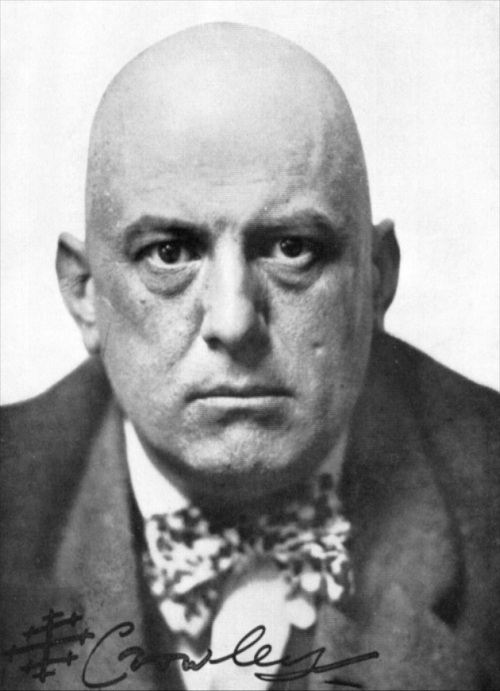 Better to shave it all off instead of having an embarrassing lockdown haircut!

Following on from my previous two posts on the subject (i.e. this one and this one), after having given more thought to the question “How can you tell what is and is not an authentic Abramelin word-square?” it occurred to me that a convenient method of answering this had been provided by Aleister Crowley.

In his “autohagiography” he described what happened when he tried teaching clairvoyance to a student:

I would, for example, give him a talisman which he had never seen before, and ask him to discover its nature. We would then compare the result of his investigation with the book from which I had taken the talisman, and he would find that he had judged correctly. (For instance, I would give him a square containing thirty-six characters in Enochian, which he could not read. He would pass in his astral body through an imaginary door on which this square was inscribed, and tell me that he had come out upon a balcony overlooking the sea, where a violent storm was raging. I would then refer to The Book of the Sacred Magic of Abra-Melin identify the square, and note that its virtue was to arouse a tempest.

This, I would submit, suggests a practical solution to how to verify an Abramelin word-square, or reconcile apparent differences between different Abramelin source manuscripts. I.e. take the word-square one wishes to investigate, and pass through it as if going on a tattva-journey. By thus scrying one will get a clear impression whether the word-square is correct for you, or if there is something wrong and requires further investigation.

There is, however, one criticism which I would make of Crowley’s method. At the time of incident he described, Crowley had gone through the Abramelin operation, or at least purported to – he certainly did not complete the operation in the manner originally envisaged by Abraham the Jew, the author of the Book of the Sacred Magic. Nevertheless, if we accept for one moment that Crowley had completed the operation, the student whose clairvoyance he was testing had not.

The Golden Dawn says that when undertaking these sorts of scrying exercises, one should call for a guide to protect oneself on the astral landscape. An Abramelin alumnus, investigating a word-square in this manner, will have the best possible spirit-guide upon which to call – his or her own Holy Guardian Angel. Crowley’s student presumably had not connected with his HGA in the Abramelin-manner or at all, and yet he attempted to scry into a word-square empowered by demons which Crowley had already evoked!

Needless to say, like a lot of people in Crowley’s life, the student came to a bad end. This may not have been the Great Beast’s fault, as the student had a pre-existing Cocaine addiction which compromised his mental health, but it would not be altogether churlish to speculate that Crowley’s intervention probably didn’t help. Hence, I would recommend that it is best to attempt this after one has attained KCHGA, just to remain on the safe side.

If you have enjoyed reading this article, please consider making a donation to my Just Giving page – raising money for poor and vulnerable families affected by the Covid 19 lockdown. All thanks to God and my HGA for being able to participate in the Sacred Magic.