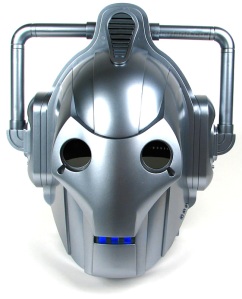 “Like the handles. Gives me something to HOLD on to.”

So there I was, lying awake at night, tortured by that most exquisite of agonies – “what the hell is Cybermagick?” And more to the point, what is the real difference between cybermagick and any other type of magick? So I tried to find examples of Cyber on the internet, in the hope this would give me some much-needed relief. I was disappointed to discover three things. Firstly, it has nothing to do with Crowley-style Magic-with-a-K but done by internet-messaging service – although I’m sure this could be a fecund opportunity for an enterprising mage with low-enough scruples. Secondly, it has nothing to do with cheap attempts to insert sexual innuendo into a blog post about the occult in a cynical traffic to drive traffic to ones website! Instead, it is all about the Information Model of Magic.

The Information Model, which has been developed by Chaos magicians in the past thirty years or so, is best described by Frater UD thus:

So for example, action-at-a-distance such as remote healing – in the Spirit model one would evoke a spirit, ask it to go heal someone, believing that the spirit to be an objectively-real being, who will then travel across time and space to the target to heal them using its own powers. In the Information Model, the spell intention is converted into an algorithm or program which is transmitted to the target in a manner similar to the way scientists hope to exploit Quantum entanglement and the EBR paradox to use Quantum computers to transmit information: the target’s mind then receives and uses the information thus transmitted rather like a computer downloading and executing code.

It was at this point that I realised that the so-called Information Model is actually a lot older than 1987, as Frater UD alleges. It was in fact known to the Theosophists, and to occultists who were directly inspired thereby, such as Dion Fortune. The Information Model is really an attempt to describe how the Akashic Records work, without using the words “Akashic Records” !

Autobiography of a Yogi, by Paramahansa Yogananda

Whereas Chaos magick would have it that the Information Model has been around since the nineteen-eighties, the idea of a permanency of ideas in the Akasha dates to the eighteen-eighties. Parahamsa Yogananda effectively expresses the same concept thus:

All thoughts vibrate eternally in the cosmos. By deep concentration, a master is able to detect the thoughts of any mind, living or dead.

Chapter 15, Autobiography of a Yogi.

This being the case, it follows that the Akashic records do not simply consist of past-life memories, but are continually being written to at every moment by living beings. It should be noted that in the same place Yogananda also claimed of his own guru, “[b]y his powerful will, Master was also a human broadcasting station…” thus explaining why he had been able to silently influence, at-a-distance, a random stranger to carry out an action he had willed.

The Magical Battle of Britain, by Dion Fortune, edited by Gareth Knight.

Dion Fortune used the same or similar principles to develop a telepathic theory of magic, i.e. that by combined effort a group of ritualists could impress a Thought upon the Akasha, which would serve to cause it to influence those sensitive to it. E.g. see The Magical Battle of Britain.

My understanding of “Paradigm-shifting” in Chaos Magick is that the whole point in shifting to a new paradigm is to be able to make use of technology not available in the old one. The best non-occult example being Holograms: no-one was actually looking for Holograms until Fourier, the mathematician, theorised that they ought to be able to exist – their invention followed soon thereafter. Fourier was thus able to cause the creation of a new technology by making a successful paradigm-shift in ideas: and note that he did so not by playing “let’s pretend,” or faking it until making it, but by coming up with a fully-worked out mathematical proof! But I digress. My point is that the so-called “Information Model” is not really a paradigm-shift per se, it is really just a pre-existing paradigm described in different terminology. It is, perhaps, however, a revival of interest in an old school of thought that was not fully appreciated by the wider occult community the first time around.