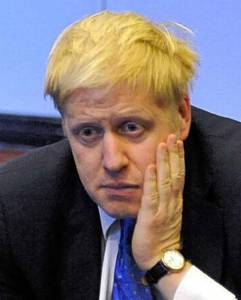 News today that the UK has gained a vacancy for a new head of Government. Given that this my nation’s hour of need, I, Alex Sumner, have decided to volunteer to take up the role. And not least because my fiancée and I have been looking for a new pad and could do with somewhere in London close to the West End!

During my premiership, I would concentrate on three areas of public policy:

Clearly, breaching the Ministerial Code as it now stands has been as dangerous as being licked by an overly affectionate Labrador. I briefly considered whether all Government Ministers should be obliged to wear a device which gives them a mild electric shock whenever they commit an infringement, just to remind them.

Instead, I have decided to institute a Three Strikes and You’re Out Rule, i.e. in future a Prime Minister is automatically sacked if three Ministers resign in disgust from his cabinet.

I would make it a criminal offence for someone to make a pledge as part of a campaign to be elected to office, and then go do the exact opposite once they have been elected. Obviously this would at one fell swoop get rid of politicians who go back on their manifesto promises, although I would extend this to all levels of Society.

I would abolish all single-sex private members clubs, except those who allow their members to associate with mixed sex clubs, freely and without prejudice, discrimination, bullying or harassment of any kind. Furthermore, I would make it a criminal offence for the Grand Secretary of any such club to go on TV and lie about the amount of harassment taking place within such an organisation.

Anyone who has been illegally expelled or forced to resign from such an organisation would be granted instant re-instatement, promotion to grand rank, and £1 million in compensation.