I have a great Money-making secret, which just about no other magician is willing to admit either in public – or to themselves. Want to know what it is? I’ve written it in plain language down towards the bottom of this very article. So read on and you’ll eventually get to it. Anyway: it’s that time of year again – just after the beginning of the financial year, and just before tax-freedom day, when the spiritual forces of the universe draw the minds of various magicians to talking about money. (See, e.g. here and here). Specifically – can one use magick to make money? And: should one use magick to make money?

As regards the former: I have already mentioned some of my experiments in this regard, in a piece I wrote several years ago for the Journal of the Western Mystery Tradition, entitled “Money Spe££s – An Audit.” The gist of the article is basically that the first time I cast a really successful money spell was also the first time I made a conscious effort to improve my skills as a magician. Hence, if the story has a moral, it is that one should concentrate on self-improvement first, and thaumaturgic ability arises as a side-effect.

In the ten years that have passed since I wrote that, I have given further consideration to the whole notion of using magick to make money. It so happened that I was having a good-natured discussion with fellow members of the Illuminati in a pub about whether it was possible to use our combined magickal skills to collectively win the Lottery. Or more to the point, the other people at the table were having a discussion, whilst I was trying to eat my dinner.

The discussion was getting quite heated between one person who insisted that we try it, and just about all the rest who were saying “No, it’s not possible,” etc. I finally finished off my food. “I have made a study of people who have cast successful money spells,” I said.

The Lottery-enthusiast was arguing so enthusiastically that it was several seconds before someone realised that I had said something interesting. “Go on, Alex! What is the result of your study?” they said.

“Well,” I said, as everyone became silent, “I’ve collected examples of people who have successfully used magic to make money. They include:

“In short: none of these people invoked Money itself, they invoked a Money-making opportunity. The point being that when the said Money-making opportunity appeared seemingly miraculously in their lives, they converted it into actual money in a conventional manner, to wit: hard work. This, incidentally, is why there are so many ‘arty’ people in the Occult or people with artistic flair  – painters, writers, musicians, self-employed professionals, and so forth – because magick is all about drawing upon ones inner creativity.

“The one thing I have never heard of is people using magick to win the lottery. Therefore, if we were to use our magick skills to think up a money-making scheme, I’m certain that we would actually succeed! Whether we would be able to put the scheme into practice, however, would be another matter entirely. So my best advice would be to concentrate on the opportunity first, and forget the Lottery altogether.”

“But playing the Lottery is a money-making opportunity!” the gambling addict cried. At this point the argument erupted again. I immediately got the impression that no further good would come from trying to press my point, so I just let them get on with it. 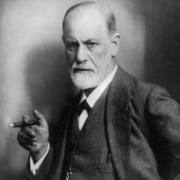 Seriously: Sigmund Freud once claimed that when we dream of gold, we are actually unconsciously thinking of our own feces. This may sound revolting, but think about it. How many times have you thought of money as somehow “dirty?” How many times have you come across other people who think that way? How many times have either you or someone else referred to the process of getting a job and working for a living as “it’s a dirty job, but someone’s got to do it?” The “dirt” you associate with money is the “dirty” feeling you unconsciously associate with the recent contents of your lower intestine.

Thus, as a magician you have to face the fact that your revulsion or acceptance of using magic to make money is basically an extension of your anxieties about childhood toilet training. If you invent reasons in your own mind why it is a bad thing, then you are anally-fixated! If you shamelessly attempt to make money to the exclusion of everything else, then you ought to be sending your mother flowers and chocolates for all the extra washing of your underwear she had to do when you were younger.

Before you say – that’s just Freud, he’s been discredited – I was reading Jodorowsky the other day, and he had found that by taking the gold = feces metaphor seriously he had found success for people who came to him complaining of financial difficulties. A healthy attitude to money is as important as a healthy digestive system. If we aspire to hoard money but not spend it, then we are constipated. If we throw money away needlessly, we have diarrhoea. If however aspire to keep money circulating in regular movements, not by saving but by spending it wisely, then it can become the manure which fertilises our growth as individuals.

So, magicians – stop worrying about money, and get your shit together! 😉

For those who feel the need to get rid of all the crap from your life, I, Alex Sumner, volunteer to take all the shit that you may be pleased to hand out! Simply donate to the Alex Sumner Appreciation Fund the link to which is located in the navigation bar (on the right if you’re looking at this on your computer). I promise not to be offended by the scatological implications of your actions! 🙂