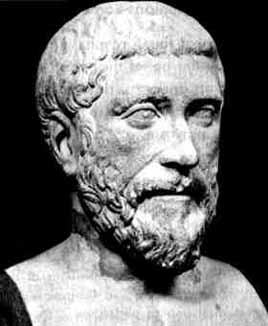 I will just briefly mention this because it is vaguely to do with the theme of associating colours and musical tones mentioned in the preceding blog posts in this series. The main problem with this method is that it was an idea ahead of its time and therefore, as far as I can make out was not taken up in a great way in the past. Ironically however, living in the twenty-first century we are now technologically advanced enough to develop the idea for the future. The basis of the idea lies in Harmonics.

Musicians who play stringed instruments like the guitar or violin will be familiar the concept straightaway – they are the bell-like tones produced by lightly touching a string at the 4th, 5th, 7th, 12th etc frets or the equivalent positions. What you actually have here is a tone which is equal in frequency to that of the open string, multiplied by a whole number. Hence:

* These harmonics are not as easy to play on a guitar as the other harmonics. But if they were easy, then it wouldn’t be a guitar!

As a sort of aside, it is worth noting that going by Pythagorean Temperament, the various Harmonics would thus be equivalent to: –

** NB: The note-equivalents of the 5th & 7th Harmonics are approximations – probably more suited to a Just Tempered scale, as opposed to a strict Pythagorean one. The strict Pythagorean versions of these notes would be several cents sharper than the corresponding harmonics.

It is here that Madame Blavatsky shoved her oar in: she asserted that the colours of the spectrum correspond to Harmonically to one another, hence:

“The Ghost Ray…” Yes indeed, Blavatsky postulated that there was an eighth, mysterious colour of the spectrum, which is where Terry Pratchett got the idea for Octarine from. Hence Chaos magicians have incorporated this into Chaos Magic thinking they are being really ironic, when in fact they are just re-cycling hundred year-old Theosophy!

Anyhoo… now that we have a basis for assigning colours to harmonics, it is possible to analyse the timbre of a musical instrument in astrological terms – e.g. if one particular harmonic is stronger than the rest, one could say that the sound of the instrument is more under the presidency of the corresponding planet or planets than the others. However, in terms of using this for practical magic, this system would have had limited functionality in the late 19th century when it was first proposed. For a particular planetary working one would have to hunt high and low for the particular instruments that sounded just right. Pipe organs would have been more useful in this regard – unfortunately, most organs were not and indeed are not built to accommodate the full range of harmonics as listed above. 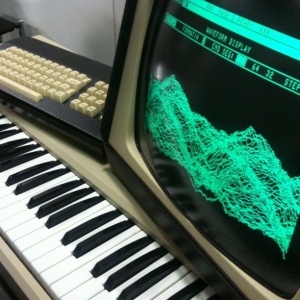 So, to fully make use of the system in the 1880s would have been very inconvenient. However: fast forward one hundred years, and the invention of digital synthesisers from the 1980s onwards does now allow one to pick and choose the harmonics with which to imbue your tone. This of course is only if you are prepared to actually synthesise instead of just use the presets. However, such synthesisers can do far more sophisticated things than just “pick a harmonic” – for example, by creating dynamic tones in which the levels of different harmonics alters in real time, thus reflecting that as in music, so in astrology, and so in Life – the influences of the various planets are not constant, but are modulating continually.