Czechs trust in the occult – PRAGUE POST | The Voice of Prague 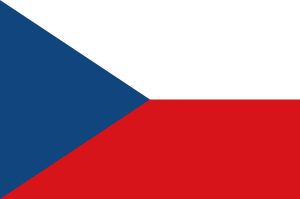 Flag of the Czech Republic

Today I have added the Czech Republic to the Alex Sumner list of favourite foreign countries, based on the fact that so many of the local population believe in the occult arts in one form or another. Only someone who is completely cynical would suggest that this is a crass-marketing attempt by myself to find people who are willing to pay for my services as a magician! Incidentally, the other countries on this list include Italy and of course Norway.

Regarding the Czech Republic, a newspaper report (see link at the end of this post) says:

Surveys have shown that the people who neither claim adherence to a religion nor do they trust traditional church dogmas tend to incline to alternative faith, also in the form of occult arts, spirits, horoscopes, prophecies and healers.

That occultism should be so strong in the Czech Republic should come as no surprise to those who follow the history of magic: in the late 16th / early 17th century, Prague was the ruling seat of the Holy Roman Emperor, Rudolf II, who was an avid fan of Alchemy, and invited many occultists to his court (e.g. John Dee, Michael Maier, etc). To this day, there is still an abundance of art and architecture in Prague, dating from Rudolf’s reign, which clearly bears alchemical and mystical symbolism. I have been receiving suggestions from various parts of the universe to actually go there, so it might actually happen later this year.

See: Czechs trust in the occult – PRAGUE POST | The Voice of Prague.