Katy Perry: I want to join the Illuminati – People – News – The Independent 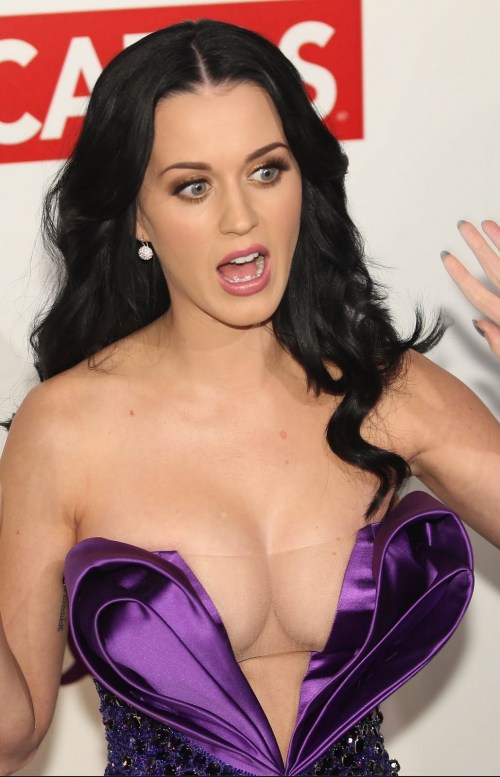 Last month I reported that K-Pez was being sued by some Christian rapper, who alleged on the flimsiest of pretences that the alleged similarity of her song “Dark Horse” to his own made him look as if he were associated with the Illuminati (see here for details).

I say “flimsiest” – now, however, K-Pez obviously likes the taste of foot – and unfortunately I don’t mean other people’s! She has apparently told Rolling Stone magazine:

Presumably her attorney didn’t advise her that the reason the fourth power of the Sphinx is “to keep Silent” is that it helps greatly if you’re not currently being sued!

As it happens, someone (not Katy Perry) was asking me on Facebook just the other day how to join the Illuminati. Given that she lived in America, I could hardly tell her “Come over to England and I’ll initiate you myself,” so instead I gave her this advice.

“Fill yourself with Light. That way, if you don’t join the official Illuminati, you will join the real Illuminati.”

Hence, Katy, if you are reading this blog (as I know you surely are), my message: it’s not a coincidence that insight from mystical self-awareness is called “enlightenment!” Seek it out. 🙂

Comments Off on Katy Perry: I want to join the Illuminati – People – News – The Independent

News just in that some no-mark rapper of whom I’ve never heard is attempting to sue Katy Perry, alleging that she plagiarised his song. To add insult to injury, he, a gentleman called Flame, also says that she has sullied his overtly Christian Rap song with her associations of “witchcraft, paganism, black magic, and Illuminati imagery…”

This sounds like a case for His Honour Judge Sumner! To deal with the first allegation first, I would have to say that while the Beats of the Flame’s “Joyful Noise” and K-Pez’ “Dark Horse” are similar, the overall harmony and melodies are not. As far as I understand copyright law, it’s only melodies that can actually be copyrighted, so I believe that Flame is going to be put out on this one.

As to the second: the video for “Dark Horse” contains a prominent Ancient Egyptian theme, and occultists do look to the Egyptian mysteries for inspiration, but to infer that the video is therefore occult for that reason is a logical fallacy, a classical example of the undistributed middle. In any case the video is clearly not a plagiarism but Flame appears to be trying to link it in by the most tenuous means possible.

Besides: “Dark Horse” is not the most occult video that Katy Perry  has ever released!

That distinction belongs to “Roar,” which is about a woman (Perry) who empowers herself by learning ancient shamanic techniques – i.e. shapeshifting. This is nothing other than what Magick in real life is all about! Achieving Self-Empowerment by learning ancient wisdom!