This is an edited version of a post which first appeared on this website on 29th October 2020, where I attributed a quote about “laddering back” to Carl Jung. However, on researching the origin of the said quote, I realise that it was not Jung’s idea at all, but that of Edward Maitland, the Theosophical writer. 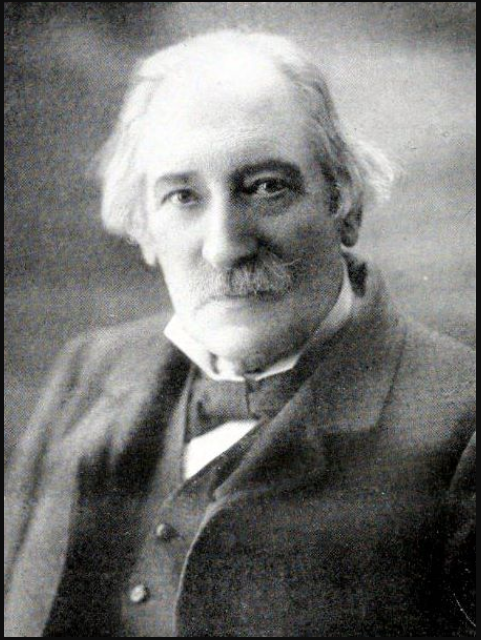 Maitland must probably be the unluckiest man in Occultism, as history appears to remember him as playing Boswell to Anna Kingsford’s Johnson. This despite the fact that he himself had no mean talent as a mystic and psychic quite independently of the latter, such that they ought to be considered as an equal partnership.

In any case: Jung seized upon a passage from Maitland’s biography of Kingsford, in which Maitland described an incident in which he himself attained a state of Intuition or noumenal consciousness. I found this quote, especially the sentiment which I have emboldened, of great help to my Abramelin operation last year and which remains relevant now.

Jung was primarily interested in this quote as he saw it as the key to Active Imagination, and by extension to psychotherapy. However I  believe that in Maitland’s ideas of retaining his outer/circumferential consciousness at the same time as accessing the inner/central consciousness, he (Maitland) had actually hit on the method for becoming aware of the astral plane whilst retaining awareness of the physical counterpart at the same time. The concept of “laddering back” may also be likened to “rising on the planes.”

The reflecting on an idea, related ideas became visible, so to speak, in a long series apparently reaching back to their source, which to him was the divine spirit. By concentrating on this series, he tried to penetrate to their origin. He [i.e. Maitland] writes:

I was absolutely without knowledge or expectation when I yielded to the impulse to make the attempt. I simply experimented on a faculty. . . being seated at my writing-table the while in order to record the results as they came, and resolved to retain my hold on my outer and circumferential consciousness, no matter how far towards my inner and central consciousness I might go. For I knew not whether I should be able to regain the former if I once quitted my hold of it, or to recollect the facts of the experience. At length I achieved my object, though only by a strong effort, the tension occasioned by the endeavour to keep both extremes of the consciousness in view at once being very great.

Once well started on my quest, I found myself traversing a succession of spheres or belts . . . the impression produced being that of mounting a vast ladder stretching from the circumference towards the centre of a system, which was at once my own system, the solar system, the universal system, the three systems being at once diverse and identical.. . . . Presently, by a supreme, and what I felt must be a final effort . . . I succeeded in polarizing the whole of the convergent rays of my consciousness into the desired focus. And at the same instant, as if through the sudden ignition of the rays thus fused into a unity, I found myself confronted with a glory of unspeakable whiteness and brightness ,and of a lustre so intense as well-nigh to beat me back. . . . But though feeling that I had to explore further, I resolved to make assurance doubly sure by piercing if I could the almost blinding lustre, and seeing what it enshrined. With a great effort I succeeded, and the glance revealed to me that which I had felt must be there. . . . It was the dual form of the Son . . . the unmanifest made manifest, the unformulate formulate, the unindividuate individuate, God as the Lord, proving through His duality that God is Substance as well as Force, Love as well as Will, Feminine as well as Masculine, Mother as well as Father.